The Multimed team was introduced to Diana Thompson (former President of the Massage Therapy Foundation) and Glenn Hymel (Founding Executive Editor of the IJTMB) at the PKP Scholarly Publishing Conference in Vancouver, British Columbia in 2007. It was there and then that Multimed began the exciting adventure of being the publisher of the new official journal of the Massage Therapy Foundation, the International Journal of Massage and Bodywork (IJTMB).

We are happy to highlight some of the many accomplishments of IJTMB over our 13-year publishing history:

2008 – The inaugural issue of IJTMB was published.

2009  – Multimed worked closely with IJTMB to be indexed in the Directory of Open Access Journals, Health Index, Hinari, Scopus and Google Scholar to name a few.

2010 – Recognizing the importance of online abstracting, archiving and indexing databases, we applied to have IJTMB included in the US National Institutes of Health (NIH) digital archive, PubMed Central.

2011 – IJTMB was accepted into PubMed Central, and further indexed in PubMed – an incredible milestone achieved by every member of the IJTMB team.

2019 – Multimed worked closely with the Journal team to upgrade to OJS 3, which provided the IJTMB’s site with a fresh design, new functionalities and an improved user experience.

Meet the Editor of IJTMB.. 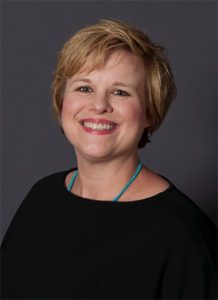 Dr. Kennedy is an Assistant Professor at the University of South Carolina School of Medicine Greenville in the Department of Biomedical Sciences and also holds an appointment in the Department of Family Medicine at Prisma Health. At UofSC she also holds the position of the Director of the Patient Engagement Studio whose purpose is to advances health and research outcomes by bringing together patients, community stakeholders, physicians and researchers to produce meaningful research and innovation. Dr. Kennedy has served in many state and national volunteer capacities for the massage therapy profession. This service includes holding the position of Executive Editor/Editor-in-Chief of the International Journal of Therapeutic Massage and Bodywork (IJTMB) since 2016.

As a researcher, Dr. Kennedy’s specific research interests include patient and stakeholder engagement in research, implementation monitoring and process evaluation, integrative medicine, and investigations of health care professions and professionals/students especially in the areas of stress, burnout, communication, and cultural competence/humility/safety. She has been published not only in IJTMB, but also in the Journal of the American Medical Association, Preventive Medicine Reports, and the American Journal of Lifestyle Medicine.

Finally, Dr. Kennedy is the recipient of multiple awards and fellowships including an Arnold and a Colonial Life Fellowships, the UofSC Dean’s Award for Excellence in Leadership and Outstanding Volunteer Chair for the American Massage Therapy Association, to name a few.